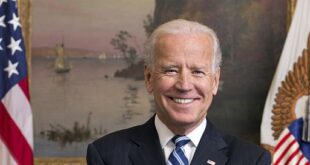 Georgia Secretary of State Brad Raffensperger announced Friday that President-elect Joe Biden had won the state by more than 12,000 votes after a hand count of all 5 million ballots. The election results will now be submitted to Gov. Brian Kemp for his certification due Saturday afternoon.

Speaking at a news conference at the State Capitol, Raffensperger, a Republican, said, “Like other Republicans, I’m disappointed our candidate didn’t win Georgia’s electoral votes. Working as an engineer throughout my life, I live by the motto that numbers don’t lie. As secretary of state, I believe that the numbers that we have presented today are correct. The numbers reflect the verdict of the people.”

Biden was declared the winner in Georgia last week after amassing a roughly 13,000-vote edge over President Trump. A hand recount of nearly 5 million ballots upheld Biden’s lead on Thursday, showing him with a 12,284-vote advantage over the president. Biden will officially become the first Democratic presidential candidate since 1992 to carry the state of Georgia.

For his part, Trump has refused to concede the election and has repeatedly made false claims of voter fraud, and mounted various lawsuits in numerous states disputing the outcome of the election.